Human Design & Beyond:
​Our Cultural Obsession with Manifestation

As I’m sure you’ve probably noticed, especially in our Western culture, there is an enormous emphasis on the word or concept, “Manifestation.’ 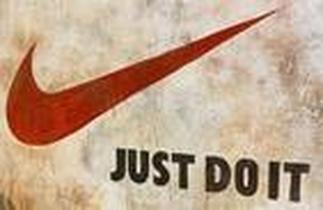 We are actually obsessed with it.  We’re supposed to manifest our ideal jobs, relationships, bodies, our ideal 'you-name-its.'  And, we’re supposed to do this by getting an idea in our minds and then just going out and making it all happen.

Even in school, we’re taught to think our way into the future, by deciding on a major or a 'track' before we’re barely hatched from childhood, and then to pursue our careers of choice, by sticking to them. But we don’t just get these kinds of messages in our mainstream culture or educational systems.  We get them in the alternative world as well, in the New Age, even in coaching environments.  Whether we’re going to a coach or watching ‘The Secret,’ in one way or another, we’re being fed this particular line of thinking: that to get the life we want, we must first think up a dream, so that we can then visualize it, and ultimately manifest it, by adding our energy to that dream in a variety of ways.

Please don’t misunderstand me.  I’m not saying that the laws of attraction or the power of the mind aren’t great.  They are. Nor am I saying that the quality or frequency of our thoughts and attitudes don’t have a tremendous impact on our lives, our physical reality, and the way we receive, perceive and interact with our experiences.  They most definitely do! What I am saying, however, is that the “Make your dreams come true” approach to life is often based on an underlying assumption that may be worth questioning, or at least holding lightly.  And that is that our minds always know what’s best for us...

You see, when we don’t make ‘it’ happen, when we don’t make our mental dreams come true, when we’re not ‘successful’ quote unquote, at least not according to the standards of our environment, we suffer. We can end up frustrated, angry, unsatisfied, bitter or deeply disappointed in life (depending on who we are).  Even worse, we can end up thinking that something’s wrong with us.  We’re not working hard enough. We’re not disciplined enough.  We’re too lost, too confused, not clear enough in our heads about what it is that we actually want.  We must not feel that we’re worthy enough.  We must not have the talent, or the skill, or the faith, or the internal structure that it takes to make our dreams a reality, or live out our true potential.

So many of us end up either starting a million things and not finishing any of them, and our self-esteem plummets as a result, or we stick with things and become successful in the eyes of society, but we’re not really happy underneath.  Some of us reach a certain age and instead of thinking, ‘Maybe the way I’m pursuing my goals is off,’ wonder whether we’ve failed to make the right choices in life, and blame ourselves (or the world around us) for our not having been able, or willing, to realize our deepest dreams.

And that is a real tragedy.

Even Manifestors Aren't as "In Charge" as They Seem. 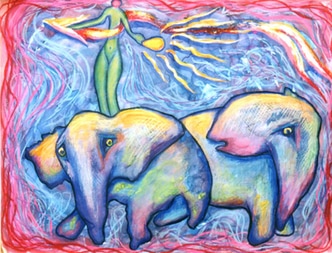 It’s interesting, because according to the research done by Human Design into the world population, only 8% of the entire population are actually designed to be what we call Manifestors.  What this essentially means that there are relatively few people in this world who are built to manifest in the traditional sense of the word. These people can actually, or at least it can look like they can actually, get an idea and then go out into the world and make that idea happen.

Indeed, Manifestors are here to go out and make an impact, based on something, (whether it be a want, an impulse, or a feeling) that originates from within them.  They can initiate things; they can start a ball rolling that other people can then respond to or join.

That said, if you look at Manifestors more deeply, you’ll see that even they aren’t manifesting anything that truly originates from their minds.  Because no ideas appear in the mind, without first coming from and through the body, as some kind of a response to a complex environment.

The whole concept of the mind knowing anything ‘first,’ of being some autonomous, rational source of power and authority that functions independently of the body, of emotions, is an illusion -- a concept that’s been equally challenged by spiritual as well as scientific thinkers.

Anyway, there are some people, not many, who can at least seem to have that kind of control and power to just go out there and make things happen.  They can have an experience of knowing what they want first, and then going out and doing it.

And What About the Rest of us NON-Manifestors? (92% of the human population!):
​

But the rest of us, whether we are Generators, Projectors or Reflectors, are really not meant to do that.  We’re not really built to drum up a dream, pursue it and make it happen in a linear way.  We’re not meant to just know what we want off the top of our heads.  The majority of us are actually designed to respond first and then act – although the specific WAY we respond and act can differ a great deal depending on what Type we are, where our Authority is, and how we are uniquely designed.

A while back, I was watching the Daily Show (a comedic news show in the U.S.). John Stuart, the host, was interviewing an author who wrote a book that explored the question, “Why are human beings are so bad at predicting what will make them happy?”  Though unfortunately I can’t remember the title, I do remember being deeply struck by the question.  If you really think about it, how many of us think we know what’s going to make us happy, and then, even if we manage to ‘manifest’ it, we don’t end up happy at all, or at least, not for long?

How Human Design is Like Practical Buddhism (at least for some)
​ 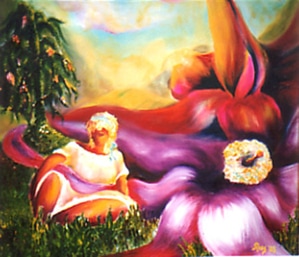 Similar to so many of the profound Eastern teachings that have gained popularity in the West over the years, Human Design points to the potent connection between the nature of the Mind, the act of Desire, and the experience of Suffering.

While Human Design does not prescribe the same spiritual practice to everyone, the experiment of living as one’s unique self, of honoring one’s Strategy and Authority, are indeed practices.  And while each person’s practice will look quite different on the surface, at core, everyone is learning the same essential lesson: to watch the Mind, to dis-identify with its contents, to hold it lightly enough to resist getting caught in a never-ending cycle of wanting what the mind wants, achieving (or not achieving) what the mind wants, and being temporarily happy (or unhappy),... then wanting the next thing that the mind wants, achieving (or not achieving) that next thing, and still being temporarily happy (or unhappy).

So in a very real way, you could say that Human Design is like a “New Zen,” especially for the Generators of the world (who make up about 70% of the population), in that it’s here to help so many of us get out of that viscous desire-driven cycle. And it does so in two ways.

It discerns between two kinds of success:  1) The kind that comes from getting what you want, or at least what your mind – which unfortunately, more often than not represents your conditioning -- has convinced you that you want. This kind rarely brings about true satisfaction or long-lasting fulfillment.  And, 2) The kind of success that comes from getting the life that you’re meant to have.  And that doesn’t necessarily mean that everything is fine and dandy, or that you’re happy all the time, or that everything works out just perfectly.

Surely you’ve had experiences that weren’t necessarily comfortable or obviously successful, but you knew and felt at some very deep level that those experiences were good for you.  That you did the ‘right’ thing, because you were able to milk the experience for all it was worth, or you learned something of value, or you were really authentic and ‘yourself’ in the process, so you would never have had it any other way.  Perhaps it was a relationship, a job or an experience, or just a period in your life when you moved through some deep and difficult feelings.  But again, there was something about those feelings or experiences that felt right, that were right… for you.  No blame.  No shame.  No regrets.

This is what we’re talking about in Human Design.

So the goal is not about perfect success according to the eyes of the culture, the New Age, your coach, parents, siblings, teachers, or your friends.  It’s the kind that actually leaves you feeling deeply satisfied, fulfilled, at peace, full of trust, happy to be who you are, with your good days and your bad days, your happy moments and your not so happy moments.

It’s the kind of success that doesn’t just look great on the outside.  It doesn’t feel like slavery on the inside either.  If Generators can feel like anything, they can really feel like slaves! Because they’re such hard workers, by nature.  Projectors, who have such trouble knowing when enough is enough, can end up feeling like super-slaves!  They can be very successful slaves, but slaves none the less.

So the other thing that HD does is put people in touch with that part of them that they CAN trust, to make decisions for themselves, which is called their true Authority.  And then it shows them in a very concrete way howthey can honor that authority.  So it doesn’t just say, “Let go of the mind, meditate and be still, and then you'll know what decisions to make." Given how long it can take us humans to reach (and maintain!) a state of mental non-attachment and peace, this isn't always a practical goal.

Besides, the mind isn’t just going to go away.  It’s not going to stop its thinking or its planning or its scheming.  Which may not be such a bad thing after all. In the end, we actually really need our minds...to witness and measure and discern, to accumulate and ultimately share wisdom.  Ultimately our minds are meant to be wonderful outerauthorities; they are what allow us to become such gifted teachers for other people.

Our minds are just not supposed to run our own show.  So really, all Human Design does is take that decision-making power away from the mind, and restore it to its proper place, to our own Authority -- wherever that happens to be for each of us. It shows us a very concrete, practical way to work with our unique Authority. This way, as we move towards 'meditative enlightenment' (if that's what floats our boat), we can still manage to navigate through the everyday of our lives with integrity, ease and a good dose of self-love.

Click here to begin "Learning the Lingo" of Human Design!

Copyright © 2017, Roselyn Ann Aronson. All rights reserved.
If you'd like to use one of Rosy's images, please Contact her for permission.
The Human Design System, Mandala and Rave Bodygraph are registered trademarks of Jovian Archive, Inc.
Key words and concepts related to The Spectrum of Consciousness by Richard Rudd’s The Gene Keys, Gene Keys Publishing © 2009 ​
Disclaimer:  Rosy is an ordained minister of Designed to Blossom of AIWP and provide something more akin to spiritual counseling than psychotherapy. The work I do is with highly functional people, for whom ‘spirit’ plays a central role in their life. I do not give diagnoses, work with pathology, or claim to be an expert offering a treatment or cure.