How A Tale of Serendipity
​Came to Be

A Tale of Serendipity is an adventure story about a family of seals and their dolphin friends that will capture your heart and fill you with hope. 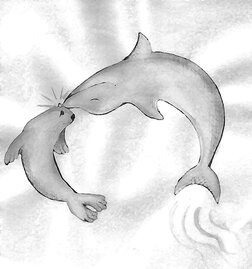 This archetypal tale celebrates the deep interconnectedness that exists between all living beings, illuminating the highest potential of our shared humanity, as well as our deepest wounds. It is a profound transmitter of wisdom, respect, empathy, compassion, dignity, integrity, honesty and collaboration.


This unfolding tale is for the open-minded, open-hearted child in each of us, who still believes (and is counting on!) a future where diversity is celebrated, conflicts are resolved peacefully, and our earth—and all of her creatures—are respected, protected and allowed to thrive.  Read this story with your children and empower them with self-love, authenticity and planetary compassion, so they can discover and embrace their unique roles in our shared evolution.

Ever since I began writing A Tale of Serendipity, back in 1992, I have sincerely pondered over two questions:

Why was I writing a story about a family of ocean-dwelling seals and their dolphin friends?

I "received" this story in a vivid dream during my early twenties. Though I certainly had a soft spot for animals and cared about our environment at the time, I certainly was no expert on either subject (nor am I now). I grew up in the midwest, nowhere near an ocean. And if I was anything, I was a healer/therapist/artist in-the-making, not a marine biologist or an environmental activist. 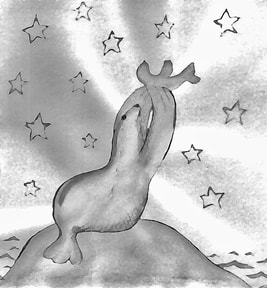 And, why on earth was this tale taking SO LONG to be 'born'?

Over the years, I couldn't help but feel that the ridiculously long gestation period this tale seemed to require was reflecting something other than my own fear of "coming out of the creative closet." Something more than self-doubt, procrastination or general life-busyness was at work... But what?

Now I know that nothing less than SERENDIPITY was at work. This story has been waiting for its right time. That synchronistic moment when my personal readiness to "get out of my own way" met the world's need to face, feel and deal with what's happening to our oceans, to all of the creatures with whom we share this precious planet--ourselves included.  ​

It's impossible to pick up a paper or turn on the TV these days without being confronted with disturbing news. Whether we hear about an oil spill on the Gulf Coast or global warming, whether we feel the threat of mass extinction, witness the dolphin massacre in Japan (as potently depicted by The Cove), or a seal hunt that is tragically repeated every year on the Canadian coast (go to Protect Seals Campaign), our hearts can't help but pound with fear, break with sorrow, or shut down from overwhelm. We humans seem to be wreaking havoc on our planet, treating each other as callously and "inhumanely" as we're treating our fellow creatures.

No doubt, we're in the midst of a mass Wake-Up call, and each of us has an essential role to play in our shared awakening process. 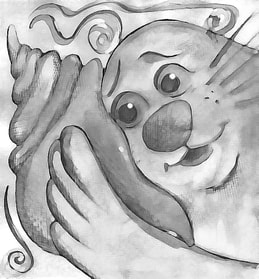 This brings me to another realization: that A Tale of Serendipity hasn't only been waiting for its right time, but for its right audience. It wasn't until 2004, many many hundreds of pages into the project, that I made the brave decision (thanks to the encouragement of my highly intuitive writing coach/midwife, Renate Stendhal) to transform what was intended to be a mythic tale for adults into a transformative adventure story for children. Now more than ever, as the mother of a young daughter, I am grateful for this decision.
​
A Tale of Serendipity is more than an adventure story. It is a tale about the deep interconnectedness that exists between all living beings. It is about respect, empathy, compassion, dignity, integrity, honesty and collaboration. It illuminates the highest potential in humanity, as well as our deepest wounds. It is here to help our children grow up with the self-love, sense of empowerment and planetary compassion they're going to need as they discover and embrace their unique roles in our shared evolution.

Ultimately, this unfolding tale is for the open-minded, open-hearted child in each of us, who still believes in (and is counting on!) a future where diversity is celebrated, conflicts are resolved peacefully, and our earth--and all of her creatures--are respected, protected and allowed to thrive.
​
Love,
Rosy
Copyright © 2010, Roselyn Ann Aronson. All rights reserved.
If you'd like to use one of Rosy's images or quotes from the book, please Contact Seal Pup Press for permission.